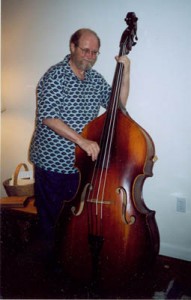 Each year, the Boston Area Coffeehouse Association presents the Jerry Christen Memorial Award, in memory of one of the most important and well-liked figures on the local folk scene. The award is presented to someone that we feel embodies many of the same inspiring qualities Jerry shared with so many of us until his death in 2003.

For those who may not know, Jerry was an example of everything that is good about the whole folk music community. A career Air Force officer, he was all about community building from the start. He founded the Bedford Center for the Arts and was president of the Lexington Arts and Crafts Society. In 1985, he founded “A New Song Coffeehouse” in Bedford. Then in the year 2000, he was the driving force behind starting the Boston Area Coffeehouse Association, removing the feeling of competitiveness from individual coffeehouses, and helping them unite to present events such as The Coffeehouse Stage at the Boston Folk Festival. Click images below to enlarge. 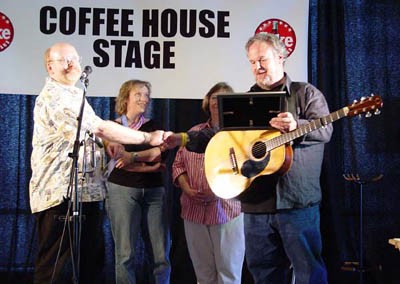 In 2003 BACHA was proud to name Scott Alarik as the recipient of our first award for his work as a writer, chronicler, and organizer/promoter of the folk music scene, as well as a being a performer for over 30 years. 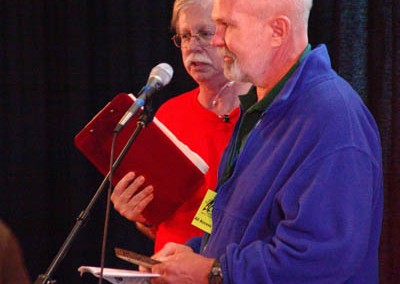 In 2004 BACHA honored Dick Pleasants for his many years of radio work at WGBH and WUMB, and his work with SAMW and other projects related to folk music. 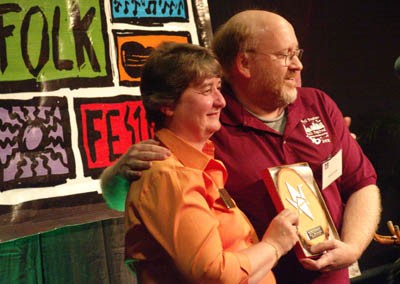 In 2005 BACHA recognized Pat Monteith, who was one of the student-founders of WUMB, and has shepherded it through the years, as well as organizing the Boston Folk Festival. Photo by Neale Eckstein 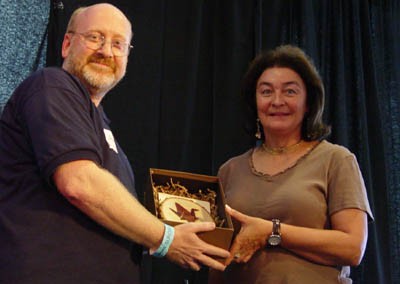 In 2006 BACHA presented the award to the founders of Rounder Records, Ken Irwin, Bill Nowlin and Marian Leighton-Levy for their outstanding contributions in promoting folk music both locally and world wide. 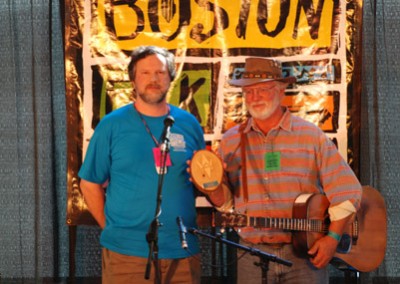 In 2007 BACHA gave the award to Bill Staines for his many years supporting Boston area coffeehouses both in good times and bad, and representing the quintessential Boston Folk performer to the rest of the world. 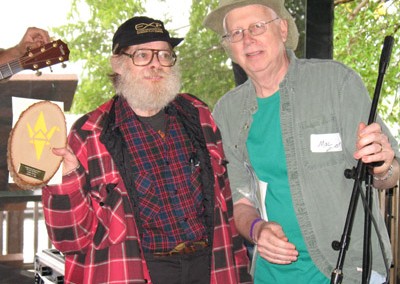 In 2008, BACHA was pleased to present Sandy Sheehan with the award for his outstanding support of traditional folk music including his hosting of the weekly Traditional Folk show on WUMB. 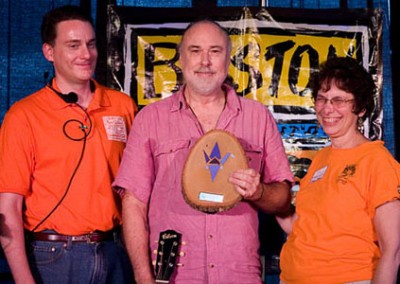 In 2009, BACHA presented the award to Geoff Bartley. Geoff was recognized for his support of both the local venues and musicians, as well as his many contributions to the local folk, bluegrass, and acoustic blues scene. 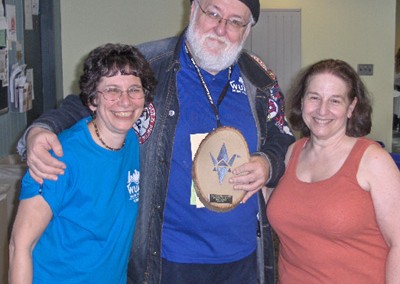 Dave Palmater received the 2010 award because of his love of this music and his tireless effort to introduce it to an ever-expanding audience. 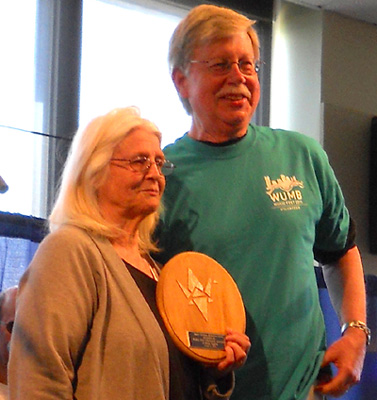 In 2011, BACHA was proud to present the award to Betsy Siggins. She was a founding member of Club 47 (now Club Passim), and for 12 years served as executive director, creating nonprofit programs such as Culture for Kids. She is also a founder of the New England Folk Music Archives which has established a permanent home for the legacy of the folk music community in New England. 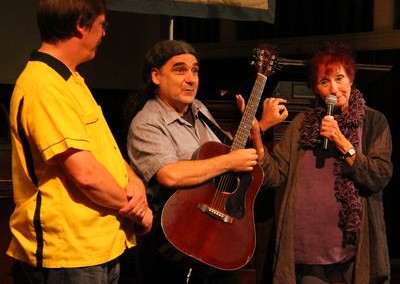 The 2012 Jerry Christen Award was given to singer-songwriter, Don White for his deep commitment to the New England music scene. Don has been a mentor and teacher to many and has hosted an Open Mic in his home town of Lynn, MA for many years despite a a very heavy touring schedule. His is a welcoming space where people young and old alike feel safe and comfortable enough to share their stories and songs. Photo by Glenn Kennedy. 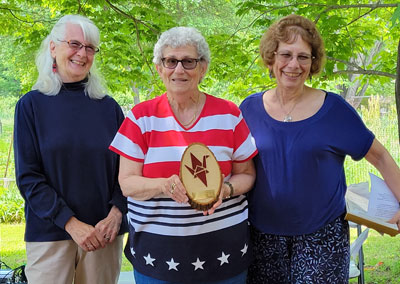 In 2022, BACHA persented the award to Rich Mosley (posthumously) and Amy Mosley. Rich and Amy ran Off the Common Coffeehouse in Bridgewater, Massachusetts and the Joe Davies Folk Festival at Soule Homestead in Middleborough. Rich and Amy have befriended many a folk musician and have provided a performance opportunity for most of them.