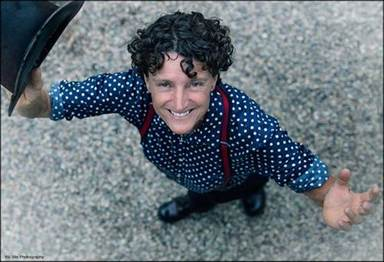 Affectionately known as a “band in a body,” Zoë plays vintage jazz and world beat grooves on anything from the piano to the spoons!  Originally from England, she’s lived in Provincetown, MA for 28 years.  She’s traveled the globe (to over 70 countries) picking up musical influences along the way and has performed all over the U.S. and Canada.  She’s won numerous song-writing accolades including New Folk Kerrville Winner, Rocky Mountain Folks Fest Winner, and Falcon Ridge Favorite.  Her songs have appeared on major TV commercials, in films, on Broadway.  She’s also written two musicals, Snail Road and Across the Pond.  She also leads a 1920s Speakeasy Night featuring her Prohibition era dance band Zoë Lewis and the Bootleggers.

She has performed on Olivia cruises all over the world and takes her show to Puerto Vallarta, Mexico every winter.  As much known these days for her storytelling as for her songs, Zoë was signed to Wildflower records, Judy Collins’ record label, and has toured with Judy, Nanci Griffith, Richie Havens, and most recently, the Indigo Girls.  She’s released eight CDs, including her latest, The Sound of Wings, and has another one on the way.

Zoe will be accompanied by Mark Chenevert on clarinet and saxophone.