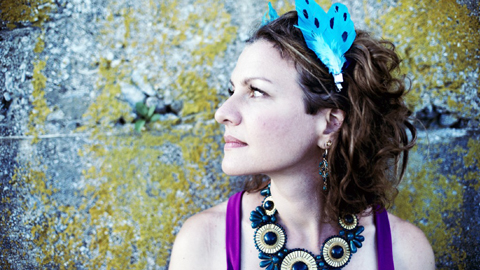 Antje Duvekot has extensive touring experience, criss-crossing the US and Europe many times. She is a compelling live performer and has been invited to play some of the top festivals including The Newport Folk Festival as well as the Mountain Stage, Philadelphia and Kerrville Festivals. Internationally, she’s headlined the The Celtic Connections Festival in Scotland and the Tonder Festival in Denmark. She’s the winner of some of the top songwriting awards, including the Grand Prize in the John Lennon Songwriting Competition, the prestigious, Kerrville (TX) “Best New Folk Award” and, in one of the nation’s top music markets, the Boston Music Award for “Outstanding Folk Act”, three of the top prizes in the singer songwriter world.

Hailing from the gritty heart of the Industrial Revolution — Worcester, Massachusetts — Ash and Eric find consolation in discovering beauty from the challenges of being artists living in one of the most stubbornly independent cities in the north east. Their musings reflect the hope and pain we all experience in life. Sung in voices as vulnerable and honest as their lyrics, their songs feel like a sincere welcome, a shoulder to lean on, and a hand to hold at the end of a long day. In addition to top tier writing that No Depression says will have you “…coming away from many of these [songs] cleansed,” their warm harmonies, swirling acoustic guitars, and easy stage presence have earned them a dedicated following in the North East folk/singer-songwriter scene. Their highly-anticipated third LP was recorded, mixed and produced entirely by Eric at a boarding school in Western Massachusetts; and will be released in early 2022 alongside an accompanying short film.