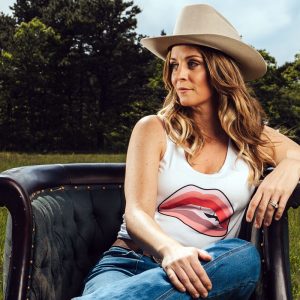 This concert will be live-streamed from MMAS’s Black Box Theater in Mansfield, Mass. No audience will be present under Covid-19 restrictions.

With a perspective equally influenced by her Texas roots and her Cape Cod home, Americana singer-songwriter Monica Rizzio has emerged as one of the finest talents in the East Coast music scene. Monica released her debut album, aptly named Washashore Cowgirl, in 2016; where it was Monica’s solo introduction after a decade in the trio Tripping Lily, Sunshine is Free is her expansion — after time spent on the road, she realized it was time for her to start collaborating again and recorded the album in Nashville with producer Michael Rinne and a stacked lineup of guest musicians. Throughout the eleven tracks on Sunshine Is Free, Monica appreciates the little things in life and looks for silver linings where necessary. It’s clear she has a keen ability to connect; her songs are often autobiographical but delivered through a fictional approach that aids in creating a universal experience for the listener — whether it’s expressed using her trademark sense of humor or with such striking honesty that the pain in her voice is tangible.