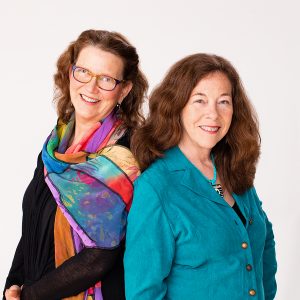 Sally Rogers is no ordinary public school music teacher. From 2001 through 2010 she taught general music at Pomfret Community School in Pomfret, CT. During the 2010-11 school year she worked as a professional development trainer in a pilot arts-based literacy program (The Total Learning Initiative) in the Bridgeport, CT Public Schools. Her tenure as a teacher is
preceded by twenty years of touring across the country and over the oceans as a touring folk musician. Her discography includes fifteen recordings She has received three Indie awards
(National Association of Independent Record Distributors) and two Parents Choice Gold awards, plus other honors for her music.

Some of her songs are included in both the Unitarian and Quaker hymnals. She has produced a kids video and one of her children’s songs was published by E.P. Dutton as the picture
book, Earthsong. She has written a chapter in Ellipsis Arts book, Open Ears, which includes chapters by other luminaries such as Shari Lewis, Baba Olatunji, Mickey Hart, Pete Seeger, and others. Her four albums for children are released on Thrushwood Kids, her own label for quality children’s recordings.

Rogers is also known for her work as a Master Teaching Artist for the Connecticut Commission on the Arts and has worked in the Commissions HOT (Higher Order Thinking) Schools Program. Her residencies have included many school visits teaching students how to collect oral histories and transform them into songs. These songs are included on three CD compilations of local historical songs. She is a past president of the children’s Music Network and has earned her masters degree in Integrated Curriculum Through the Arts at Lesley University.

Sally has long had an interest in Chinese culture, having performed at the Nanning International Folk Festival in 1999, and in 2004, she traveled with a delegation of Connecticut educators to Shandong Province on an educational exchange sponsored by the Connecticut State Department of Education. Sally is determined to learn to speak Mandarin, having already mastered Portuguese, Swiss German and French.

Claudia Schmidt has been perfecting her craft of performing for almost four decades. It is a quirky and wonderful hodge-podge (her word!) of music, poetry, story, laughter. drama, and celebrating the moment. Work in clubs, theaters, festivals, TV, radio has added depth and dimension, and since she has always included her original work along with very personal versions of the work of others, what you get is a unique look at the world from someone who says what she sees with clarity, humor, and wonder. The San Francisco Bay Guardian said: Schmidt’s shows are a lot like falling in love. You never know what’s going to happen next, chances are it’s going to be wonderful, every moment is burned into your memory and you know you’ll never be the same again.” More succinctly, Garrison Keiilor said “when Claudia sings a song, it stays sung”